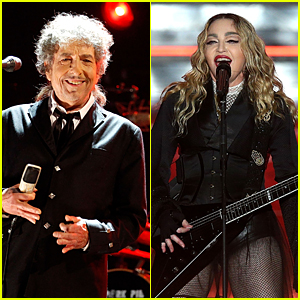 Bob Dylan doesn’t have strong feelings about “pop entertainment” to say the least, but he does think one star is at least “good.”

The 79-year-old “Knockin’ On Heaven’s Door” singer-songwriter opened up in an interview with American Songwriter.

“Popular entertainers are fine, there’s nothing the matter with that but as long as you know where you’re standing and what ground you’re on, many of them, they don’t know what they’re doing either,” he said during the conversation.

“Pop entertainment means nothing to me. Nothing. You know, Madonna’s good. Madonna’s good, she’s talented, she puts all kind of stuff together, she’s learned her thing…but it’s the kind of thing which takes years and years out of your life to be able to do. You’ve got to sacrifice a whole lot to do that. Sacrifice. If you want to make it big, you’ve got to sacrifice a whole lot. It’s all the same, it’s all the same.”

Madonna recently made headlines for posting this NSFW photo…